Omaui takes next step in saving it's birds

After having been trapping for possums, mustelids and rats over the last few years, the Omaui Landcare Group now have their sights on another predator, the cat. In the Southland Regional Pest Management Plan, currently out for submissions, the rule has been proposed that domestic cats be neutred and chipped, and that only those cats already living in Omaui be allowed to live out their natural life, with no new ones to be brought in. This is recognising the damage that cats cause to the native birds, lizards and insects living in the bush so close to Omaui township’s back door. The Groups main concern is to eradicate the feral cat population, however they also realise that even the pet moggy can do harm.

Prev article
All articles
Next article 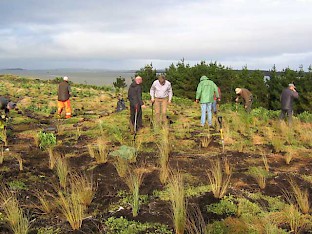